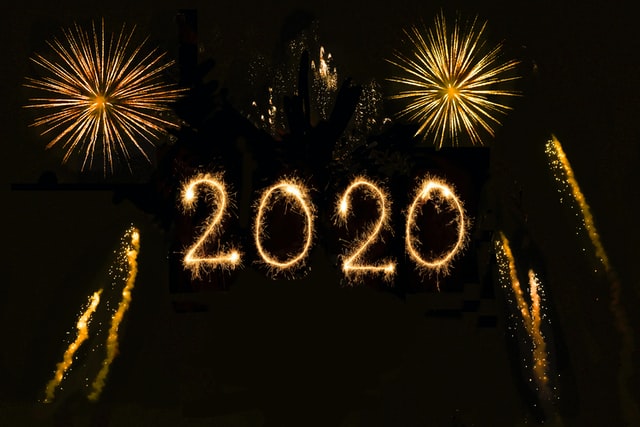 2020 is rapidly coming to a close, and for many, it has been a year to forget.  Everyone has their own story about how the pandemic has impacted their day-to-day life.  We are no different.  We work with money, and my earliest memory of how bad 2020 was going to be was based on sharemarket performance.  We had GFC-like flashbacks in early March!

And then, just as quickly as the sharemarket plummeted, it began it’s recovery!  Shrewd investors used March as an entry point, buying up distressed shares at ridiculously low prices.  Companies recapitalised and reassured investors that they would be fine.  China got on top of the virus, indicating that this was highly unlikely to be the end of the world!  The sharemarket recovery was rapid in the months immediately following late March, then took a breather (but importantly stabilised) through July to September, and has rallied in recent months.

It is the recent months that I want to discuss in this article.  Is the strong performance of the sharemarket a return to normal?  There are a few things that have created a “perfect storm” for sharemarkets which I’ve covered below, as well as why I think that the cautious approach remains suitable.  Don’t pin the ears back and go all in just yet!

The recent US Election, despite the results being disputed, seems to have created the best possible result for sharemarkets.  A Biden win gave the “anyone but Trump” supporters the victory they wanted.  However, the Republicans have retained control of the Senate.  This makes any significant changes that Biden proposed as part of his campaign unlikely to become legislated, at least without a fight!  His platform included reversing some of Trump’s tax cuts that were popular and aided investment markets.  It will also significantly dampen Biden’s plans to address climate change.  While we all have our own opinions on this, the US public, I think, are looking forward to a period of relatively boring leadership, after the 4 years they have just endured.

So, a change of President, but retaining the pro-business environment that provided a very buoyant US sharemarket during Trump’s early years has been seen as a positive factor for global sharemarkets.

On Melbourne Cup Day, the RBA met and cut the cash rate a further 0.15% to 0.10%.  While this is further bad news for savers and those reliant on term deposits, the RBA have prioritised borrowers and their ability to stimulate the economy by continuing to cut.  Obviously, there isn’t much further they can cut now, as they have been very clear about not considering negative interest rates.

In light of this, they have implemented quantitative easing (QE).  While the ins and outs of QE warrants a future articled devoted entirely to it, in its simplest terms it is a flooding of the banking sector with additional funding.  This allows the banking sector to lend more funds cheaply while hopefully also lowering the cost to existing borrowers.

Some of this additional cash finds it’s way into the hands of large investors, who pump it into sharemarkets.  Those with a typically conservative outlook on investment have had to consider riskier assets to improve their incomes.  Some of this has found it’s way into sharemarkets too.  An increase in demand for yield has pushed company prices up, a positive for the broader market.

So much of returning to normal hinges on a vaccine.  The last couple of weeks have been extremely positive, with at least 3 major pharmaceutical companies releasing results of their early stage testing of a COVID19 vaccine.  90%+ efficacy rates are particularly pleasing.  Travel stocks soared and the broader market loved this news.

Investors with cash on the sidelines (and there is plenty) used news of a vaccine as an indication that it was time to get back into the market.

“Should’ve loaded up in March” comes up regularly now in my conversations with others about shares.  I remind them though that hindsight is a wonderful thing, and that if you had have contacted me in March, while the virus was running rampant in China and Wuhan residents were being welded into their homes, when it had just arrived on Australian shores, while there were massive queues at Centrelink and while we were all packing our boxes to work from home with no certainty about how the future weeks, months and year would look, there is no way I could have told you with any confidence to “load up”.  While the Buffett maxim of being greedy when others are fearful is never far from me, the pandemic was something entirely different to your normal bubble-based crisis.

Remain Cautious – A New Series of Risks are Emerging

As much as I’ve mentioned some pretty positive developments in this article, it is not too difficult to see what could go wrong here.  We may have a good run until the end of the year, and we may have continued positive markets for 2021 and beyond, however it is our job to ensure that all possibilities are considered.

The sharemarket may have to contend with some issues in coming months and years.  What if the vaccine is not successful?  Can the sharemarket continue to be propped up by printed money?  Are we moving into bubble territory?

No-one knows the answer to these, and the sharemarket has always carried some levels of risk.  Much of our work currently is with more conservative investors who have significant term deposit/fixed interest holdings.  We still advocate a cautious approach to investing in the sharemarket, ensuring that each decision is in line with the individual’s risk tolerance.  None of the events of 2020 should, from an investment perspective, change your investment philosophies.  While we understand income is harder to come by, simply loading up on shares is not the answer.  Speak to us today about your investment strategy!

This website contains general advice which does not consider your particular circumstances. You should seek advice from Wakefield Partners who can consider if the general advice is right for you.