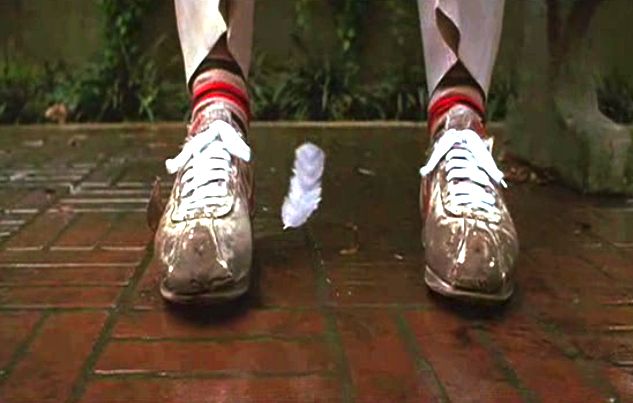 Most of my knowledge of 20th century US history comes from knowing all of the words to Billy Joel’s “We Didn’t Start The Fire”.  When I listen to it now, I try to imagine how the first verses of the 21st century version would go.  Certainly the verse devoted to the 2020s would be off to an interesting start!

Billy, feel free to use this article title as the opening line if you want!

If I asked you what would have a bigger impact on the ASX’s performance out of:

I suspect you’d get the wrong answer like me.  Both announcements came at similar times yesterday.  ScoMo’s barely moved our market, while Trump’s sent the ASX tumbling.  Economists would no doubt be able to explain why, but it’s got me confused!

To me, this is further proof of the irrationality we are experiencing in investment markets currently.

It’s understandable to feel panic and fear at this time.  Your investment portfolio, your super, your retirement plans are all potentially impacted.  And this is not to mention the obvious health fears.

If I’m sure of one thing though, it’s that waiting until investment markets have fallen by 30%, and then selling up and running away, is (and always has been) absolutely the wrong move.

It is important to remember why you have the investments you have.  If retirement is looming, remember income is king!  Has the income from your portfolio changed?  For retirees in most cases, what something is worth is less important than what it generates in income!

In seminars that I have presented about investment, for as long as I can remember I have put up a slide about “What if you were stranded on a desert island in 1987?”.  The premise is that if you did not follow the sharemarket (i.e. were stranded on an island) for the period 1986-1988 (Tom Hanks was on the island for 4 years, but you get my drift – I could write a whole new article on how unlucky Tom Hanks is – island, airport, at sea, in space, unable to sleep in Seattle and now this virus!), you would have no concept of the turmoil that occurred in markets in October 1987 (a 25% drop in 1 day!).

Between the start of 1986 and the end of 1988, history would show a continuation of the upward trend of share prices, never mind the volatility that occurred within this period.

I don’t want to downplay the severity and the fear people felt in October 1987, during the GFC (2007 – 2011) or now, but it is important to remember that in EVERY instance historically, the ASX has bounced back and set new highs.  How bad this current period is for investment markets cannot be defined now, it can only be done in hindsight.

“Life is like a box of chocolates, you never know what you’re gunna get!” – Tom Hanks, “Forrest Gump”

The most common question has been “When is this going to end?”.  Now, of course, no-one has the answer, but I don’t begrudge anyone asking this.  Our advisers and staff have super, investment portfolios and a business that is impacted by this, so we are asking the same questions too.

I take heart from the efforts of governments and central banks around the world to prevent the spread of the virus, to find a vaccine and to ensure economies keep ticking along.  Unfortunately, all of this good work currently is being ignored by investment markets, where fear, panic and irrationality rule supreme.  At some point (hopefully sooner rather than later), these efforts will be recognised, good quality companies’ shares prices will reflect their value, and normality will resume.

The purpose of all of this is not to make light of what Tom Hanks, his family and others close to this virus are going through.  It is also not meant to dismiss how you are currently feeling about your investments.

The best advice I can offer at this point is to talk to us.  We don’t have all the answers, and we won’t pretend to.  However, we can talk you through how this specifically impacts your situation, and come up with a strategy.  Don’t stay away, thinking we are too busy to take your call.  This is our job, give us a call if you want to chat!

This website contains general advice which does not consider your particular circumstances. You should seek advice from Wakefield Partners who can consider if the general advice is right for you.